The prestigious Leopardstown Christmas Festival is on the horizon, and despite the recent news that the Dublin racetrack will have a reduced capacity due to discovery of the Omicron variant of Covid-19, anticipation for the four-day meeting, which will run from 26th-29th December, is still rife.

With seven Grade 1 meetings and a strong contingent of Cheltenham Festival hopefuls, including A Plus Tard, Honeysuckle, Energumeneand Bob Olinger, it is no surprise really that there is still a lot excitement surrounding the festival— even if Leopardstown won’t open its doors to a full capacity of racegoers as once hoped.

The Grade 1 Christmas Hurdle, which is contested over three miles and 12 flights of hurdles, is one of the highlights of the meeting and is sure to attract a lot of interest in the horse racing betting markets. That said, let’s take a look at the favourites for the latest renewal of the race…

Last year’s champion, Flooring Porter is currently the joint favourite to defend his Christmas Hurdle crown at Leopardstown on December 27th. The Gavin Cromwell-trained horse had one of his best seasons to date last year, kicking off the campaign with a win at Navan before beating The Storyteller by six lengths to win this race in Dublin. He carried on his fine run of form with a shock victory from 12/1 in the Stayers’ Hurdle at Cheltenhamand not even pulling up in the Champion Stayers Hurdle at Punchestown could take the gloss of his fantastic year. He started this season with a fall two out when going best in the Grade 2 Lismullen Hurdle, so his connections will be hoping that he can bounce back with a win.

The epitome of the saying every horse from Willie Mullins’ esteemed yard always stands a chance, Klassical Dream hadn’t raced since December 2019 before the Grade 1 Champions Stayers Hurdle back in April. However, the seven-year-old returned from a 487-day hiatus to win the three-mile race, beating James Du Berlaisby nine lengths as Flooring Porter pulled up. Having missed out on a seasonal reappearance in the Hutton’s Grace, which was won by the unbeaten Honeysuckle late last month, this will likely be Klassical Dream’s first race of the season. However, given that he returned after a long spell away to win earlier this year, you can’t rule out the Mullins horse — who is the favourite to win the Stayers’ Hurdle at Cheltenham in March, stealing Flooring Porter’s crown.

Beaten by Flooring Porter by more than three lengths in the Stayers’ Hurdle, Gordon Elliott will be hoping that Sire Du Berlaiscan get the better of the Cromwell-trained horse in the Christmas Hurdle. The nine-year-old’s form suggests otherwise though. Having claimed the Grade 3 Pertemps Network Final Handicap Hurdle at the 2020 renewal of the Cheltenham Festival, he won just one of his three races last season — the Lismullen Hurdle — and hasn’t started this campaign much better, coming home second as he was beaten by six lengths in the defence of his Grade 2 crown at Navan. With Flooring Porter (six)and Klassical Dream (seven) both having a few years on Sire Du Berlais, their fresher legs could prove pivotal in the three-mile encounter.

How are Players from Australia Choosing their Online Gambling Platforms when they have so Many Options? 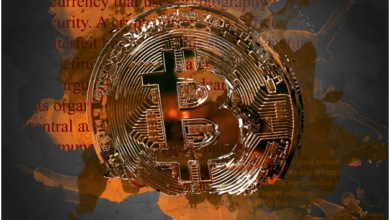 7 Types of Online Casino Bonuses and How They Work